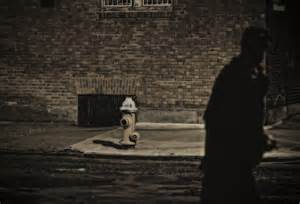 “Strangers’ Angel”, the sequel to “The One That Got Away”. Last week, chapter one, next week chapter three.

Walking always cleared Anna’s mind. It seemed to allow ideas and thoughts to blow in and out unhindered by whatever she had to concentrate on. Occasionally, she would grab a thought as it slid by and consider it a bit more closely before setting it free to circulate once again. Sometimes stray thoughts that did not belong to her would enter the mix when she would pass a stranded spirit. These thoughts were usually vague and unobtrusive and would drift right back out as she passed their vicinity. She always felt a touch of sadness for the stranded souls because they were trapped between the two states of being. She knew that this limbo would not last forever, but they all had some repeating thought that they were fussing over. This single traumatic event that occurred at their death would continually loop until somehow they pushed past it and would continue their journey. Sometimes they were aware of her as she entered their area. On those occasions she would make eye contact and nod politely to acknowledge their presence. Most of the time, however, the stranded souls would not notice her and would not interrupt their seemingly endless hand wringing about whatever it was that was agitating to them. Anna did not know why some souls got stuck and some did not. There were all sorts who got stuck- Bright Souls, Dark Souls and in-between ones. It seemed to Anna that it was kind of like swerving off into a ditch on the road of life.

She was coming up to the sorority house where she often sensed a stranded soul. His name was Nicodemus and he was a famous ghost in her college town. The sorority house had long since replaced the modest home that existed in Nicodemus’ day. In the 1850’s 24 East Washington Street was a station for the Underground Railroad. Nicodemus’ story was that he had been an escaping slave that had taken refuge there. Unfortunately for him a group of angry townspeople got wind that the home was a haven for runaway slaves and raided the place. Nicodemus was shot dead while fleeing. Anna’s quick stride faltered as a sudden thought struck her. She hadn’t realized it before, but she now knew that as Ida Spencer she had known Nicodemus briefly. Hazy fragments of memories tugged at the edges of Anna’s mind. Pieces of conversation, a shared meal, obtaining a pair of sturdy boots for him…Nicodemus had stopped off at Ida’s farm during his Underground Railroad journey. A tight jolt of sadness shot through her. Ida hadn’t known that he didn’t make it to freedom. Nicodemus was a spirit that normally did acknowledge Anna’s presence if he was there when she passed. She wondered if this was because he recognized her. Interesting. She might have to risk seeming odd to passersby to try communicating with him more substantially. Anna searched her mind to ascertain whether she felt that she recognized any of the other stranded spirits in town. She did not believe that she did, and she couldn’t think of any of them that appeared to be interested in her either.

The sleepy town of Athens was touted as the most haunted place in Ohio. Anna never had anything to add to the topic if it ever came up in conversation with others. She had learned as a child not to talk about it. She was able to see these spirits as long as she could remember. It did not disturb her. She was used to it and accepted it. She used to try to speak to them, but later discovered that it was not necessary. The communication worked just as well silently. They usually only had that one looping thought anyway and were not particularly interested in conversation. Shortly after her mother’s death she learned that not everyone could see them as she did.

Anna was four years old when her mother died. She was sent to live with her Aunt Leigh, Uncle Jeff and their children Franny and Kate. Aunt Leigh became quite alarmed when her young niece would speak of random stranded souls that she was able to observe. Leigh attributed this oddity as Anna’s attempt to deal with the loss of her mother. She immediately put Anna in counseling. From her experience with counseling Anna learned to keep it all to herself, except for Aunt Sara.

Sara knew. Aunt Sara was a Bright Soul. But Sara wasn’t really her aunt. She was someone that her mother had met shortly before her death. Anna had always felt comfortable with Sara from the moment she walked into her life. At first, Aunt Leigh was hesitant to allow Sara to be involved in Anna’s activities but after a couple of full blown tantrums on Anna’s part, she relented. It soon became apparent that Sara had a calming and positive impact on the young girl who had lost her mother. Over the years, the relationship between the two of them continued and grew. Anna learned that Sara also dreamed of her previous pasts and could see stranded souls as well. But Sara seemed to understand much more about this other reality than Anna did. She would explain some things but had a tendency to be mysterious and talk in riddles. She was fond of saying that it was better to glean information than to be given information. It made the discovery a pure idea and unbound by the possibility that given information was skewed or not complete. She also insisted that she was not privy to the entire picture either.

It was going to be a hot one today. The air was muggy and not a breath of wind stirred the numerous trees lining the brick walk. Anna wiped a trickle of sweat from her brow and glanced over at the sorority house as she passed. She wouldn’t have time to stop there today or she would be late for her breakfast date. Nicodemus was there pressed closely to the side of the house. She silently called a friendly hello. Then, abruptly, she stopped. She seemed to have slammed into a wall of extreme tension and fear. It made her gasp suddenly with the force of it. Anna stared at the man spirit and he stared back at her. His eyes were frightened and his mouth worked wordlessly trying to tell her something. She could not understand specifically, but she could sense that it was some sort of warning. A warning for her. Then he hurriedly turned and ran away as though being pursued by a mob, which was in fact how his story had ended. A jagged wind began to blow.

“Are you okay?” A passing pedestrian stopped to query Anna.

Anna pulled her glance away from the scurrying figure and forced herself to manage her countenance before addressing the girl in front of her. She cleared her throat.

“Yes, thanks for asking.” The wall of anxious dread was subsiding and the wind continued to pick up. It felt good and fresh to her. It was going to thunderstorm.

“Well, okay, then. Bye.” The girl adjusted her backpack on her shoulder and gave Anna a small smile before trudging on her way.

Anna returned her eyes to the house. She couldn’t see or feel him anymore. She looked up at the sky that was becoming rapidly overcast. She had better hurry on to the restaurant before she was poured upon.

Error: Twitter did not respond. Please wait a few minutes and refresh this page.