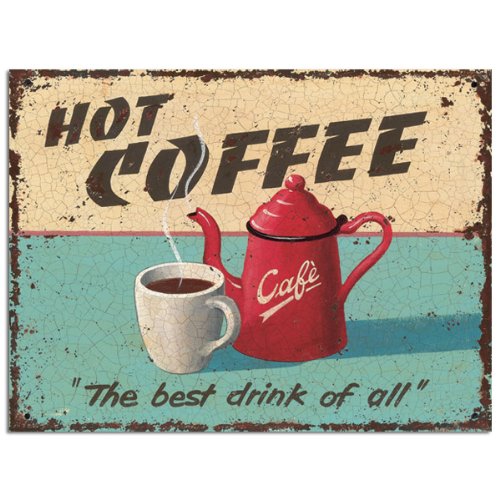 I will be concentrating on getting this novel completed. You can find chapters 1 & 2 in previous posts.

She saw Stephen before he saw her. He was seated at a small red checked covered table waiting for her. It always made her heart indescribably warm when she stepped into his presence. Anna studied her brother for a moment. His dark, wavy hair was always in a state of mild crazy. She found it endearing for some reason that he did not seem to know how to run a comb through it. She surmised that it would most likely get unmercifully stuck. He wore John Lennon style glasses well on his pointed nose. His sensuous mouth was currently pursed in concentration as he stacked creamers and jelly packets in a complicated structure. Anna smiled and stood by waiting for him to notice her arrival. He felt her eyes on him and suddenly lost concentration on the task before him. He turned towards his sister and promptly toppled the objects in a mass on the tabletop. Two creamers plopped unceremoniously to the floor.

“Really, Stephen, sometimes I think that I am the older one.”

“You are.” Stephen deftly grabbed the wandering creamers and placed them on the table. Then he stood and enveloped Anna in a bear-hug.

“I am still a teenager and you are now in your 20’s. Happy birthday Anna.” He planted a kiss on her forehead and released her. He motioned for her to sit. “Would you like some coffee, ma’am?” Stephen seated himself and lifted the faux silver coffee pot expectantly.

Stephen poured the steaming liquid inside. “You still drink it black?” he asked as he fished for a creamer in the scattered pile of condiments between them.

“You’re a beast, Anna. I think I’ve increased my sugar portion since I saw you last. I’m up to three sugars and one cream.”

Stephen deposited the allotted sugar and cream into his mug before pouring more coffee into it.

“I only see old people do it that way,” Anna teased.

“I will not let your jibes dictate how I do things,” Stephen answered, pretending to be annoyed. “You do it your way, and I’ll do it mine.” He lifted his cup. “Cheers!” They clinked cups and sipped. “Next year I will buy you a beer for breakfast.” Stephen grinned and then became serious. “I’m sorry that I could only come for breakfast today. As I told you, I’ve got that seminar in Dayton this afternoon.”

“I understand. I’m glad that you came down this morning. That’s going to be a lot of driving today. What is your seminar about?”

“Mostly bones. How are your classes?”

“Almost done. I have a Psych. paper due and an Econ. final on Wednesday. I should finish with close to a 4.0, I think.”

Anna lifted her mug with both hands and blew into it before attempting to sip it. It was still too hot. She paused as a thought struck her and set the cup back down on the table. “Oh, this kiss is from Kate.” She leaned over and pecked her brother on the cheek. “And Viv says hello. Although, truth be told, she’d rather give you a really big kiss.” Anna smiled wide and her eyes sparkled.

“Yeah, well…” Stephen blushed and fiddled with his spoon.

“Stephen, why don’t you ask her out? You know she’s got the hots for you. Has for years.”

Stephen looked extremely uncomfortable and included his fork in his fiddling. “I think she’s a bit too much for me. She’s got so much…enthusiasm.”

“Why are you scared of enthusiasm? Enthusiasm is good. I’ve only been aware of two girls that you have dated and they both had about as much personality as a wet sock. Sorry, I don’t mean to offend you, but what’s up with that? You can do so much better!”

Stephen abandoned the fiddling and went into full organizing mode. He returned the creamers and jellies to their appropriate places in a more orderly fashion than he had originally found them.

“You’re off the hook only for a minute,” Anna warned as she pulled her phone out of her back pocket. She wiped the screen with the bottom of her shirt and read the message therein.

It was from Aunt Sara. Odd question. Anna was expecting a happy birthday greeting.

‘Good. I am glad you are okay. I felt something. Something doesn’t feel right. I will talk to you about it later. Happy birthday, dear. I love you.’ came the reply.

Stephen had finished with the condiments and was now perusing the menu. “Maybe you call her ‘aunt’, but personally I think she’s weird. And,” he added, “I don’t mean to offend you either.” Stephen went back to reading the menu. “I think I’m in the mood for French toast.”

Anna returned her phone to her pocket and picked up her menu. “I have to have chocolate chip pancakes, but what comes with it? You think she’s weird because you are not really ‘aware’ yet. Only just kind of ‘aware’.

“The only reason that I’m just kind of aware as you call it, is because of what you have told me and what mom wrote me before she died. Sara quite frankly gives me the creeps. I feel like she’s waiting and watching me.”

“Well, she is. She told me that you are a Bright Soul like we are. You just don’t know it yet. Anna paused and peered over the top of the breakfast menu at her older brother. “You still haven’t had any particularly vivid dreams?” she asked doubtfully.

“No.” He looked cross. “I don’t feel any of that or see any of that stuff you and mom and Sara have talked about. On one hand, I want to call all three of you crazy, but on the other hand, for some reason, I think there has to be some truth in it. It’s frustrating.”

Anna put the menu down and reached over to clasp his hand. “Stephen, thank you for humoring me. It will come. I promise you.”

Stephen squeezed her hand and then released it with a sigh. “Yeah, I guess. Maybe I’ll do an omelet instead.” He returned his attention back to the menu. “Bacon cheddar mushroom omelet it is.” He set the menu on the table and gulped some coffee. “Are you sure you girls are okay to drive all the way to Texas for Franny’s wedding? That’s a long drive. I’ll buy you a ticket to fly if you want. I know Aunt Leigh is not crazy about you and Kate driving down.”

“No, Stephen, part of the fun is the road trip. Besides, I’m not having Viv drive by herself.”

“Well, you make sure that you call me if you need me for anything. I’m not flying out until Friday morning. You know I worry about you.”

“That’s your job as my big brother.” Anna smiled sweetly.

The waitress appeared beside their table and offered them a rousing ‘good morning’ and asked them what they wanted to eat.

“A large glass of clarity to start off,” Stephen answered.

The girl looked at him blankly and momentarily ceased chewing her gum.

“Alright, then,” Stephen continued, “if you don’t have that, I’ll have a bacon cheddar mushroom omelet with extra crispy hash browns.